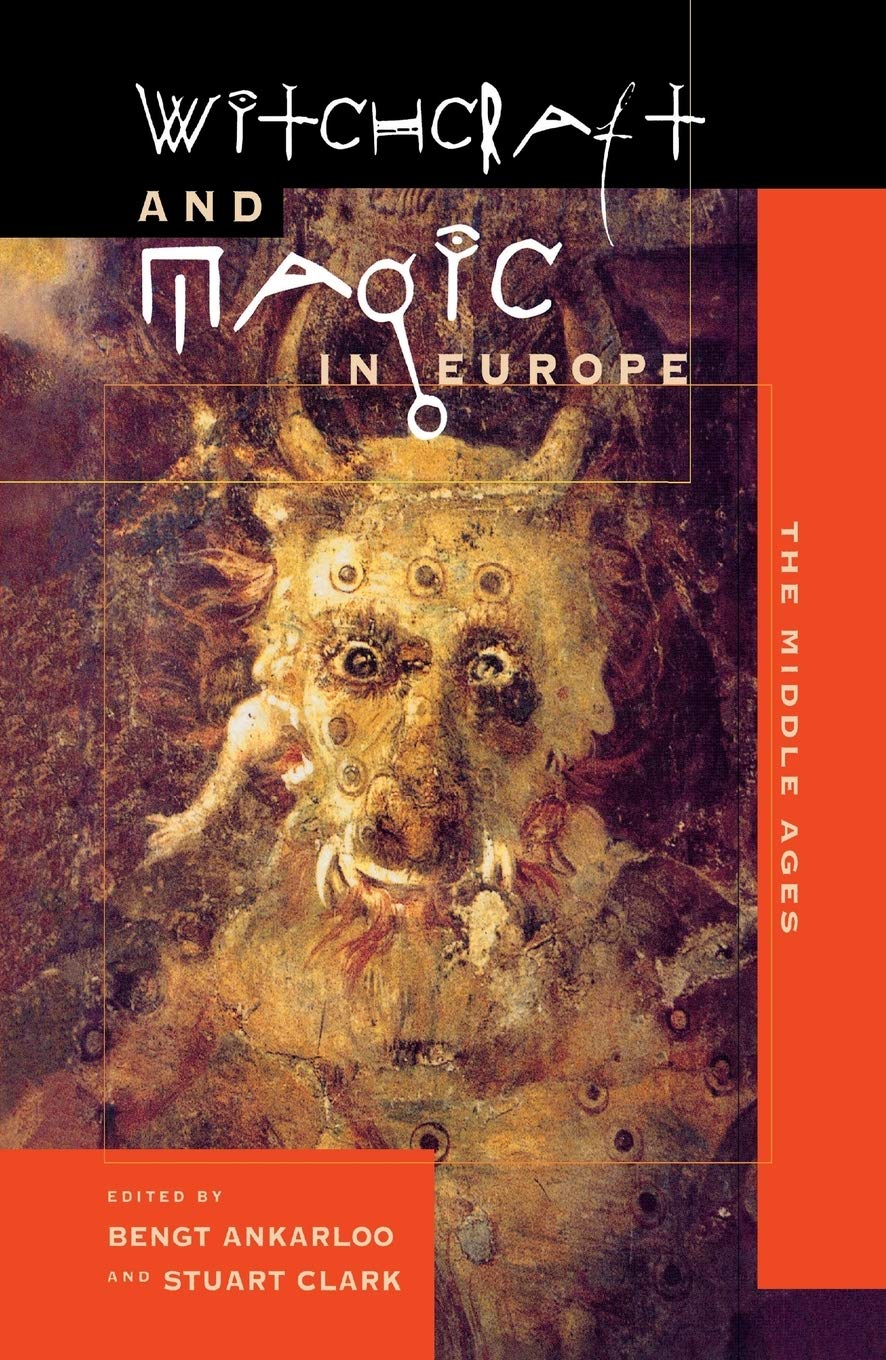 By: Bengt Ankarloo and Stuart Clark

During the Middle Ages a shared European concept of magic emerged. In the early period, pagan beliefs and practices were absorbed into everyday culture, including the rituals of the Church. The rise of the practice of "white magic" in the twelfth century became so popular that it caused a widespread determination in the Church to condemn any unsanctioned beliefs or practices. The Church and state, both centralized powers in a decentralized Europe, gradually sharpened their attitude toward magic in general, and sorcery and witchcraft in particular, paving the way for the violent outbreaks of witch persecutions in early modern Europe.

Witchcraft and Magic in Europe combines the traditional approaches of political, legal, and social historians with a critical synthesis of cultural anthropology, historical psychology, and gender studies. The series, complete in six volumes, provides a modern, scholarly survey of the supernatural beliefs of Europeans from ancient times to the present day. Each volume of this ambitious six-volume series contains the work of distinguished scholars chosen for their expertise in a particular era or region.

View on Amazon
This book is the best and most clear explanation of Norse witchcraft I have ever read in one place. It is unadulterated by trying to tie in other traditions which may have been a latter addition.

As the title says, this book is about witchcraft, not comments on a religious structure.

I bought this book only for the Trolldomr section in the middle and it did not disappoint!

WITCHCRAFT AND MAGIC IN EUROPE: THE MIDDLE AGES is the third book I've read in this series of six books edited by Bengt Ankarloo and Stuart Clark. So far my favorite has been the first (chronologically) which focused on "Biblical and Pagan Societies" although "The Eighteenth and Nineteenth Centuries" was equally well written. In November 2002, the fourth book in the chronology "The Period of the Witch Trials" is scheduled for publication and I can hardly wait to read it. "The Middle Ages" volume ends just as the wicked Malleus Maleficarum is published 1487 and if you've studied this topic you know what comes next.
Historians participating in the 'Witchcraft' project are university scholars and experts in their respective topics. Their research is intensive and exhaustive. At times, sections read like a thriller novel and at times only a scholar could love the work. Topics and authors in this volume include (in addition to Peters below) 'Medieval Magic: Definitions, Beliefs, Practices' by Karen Jolly of the University of Hawaii, and 'Trolldomr Rituals' by Catherina Rudvere of Lund University.
Jolly suggests the concept/phenomena of magic is difficult to identify and describe, let alone explain. She tracks developments in the early Middle Ages and discovers magic for the devout Christian serf or aristocrat was not at all comparable to notions depicted in some fanciful modern films and books. No green-faced wart-covered old hags lived in Europe in the old days. Those biddies bloomed in the art of the Renaissance. Jolly suggests Christian beliefs, rituals and medical practices merged with local native traditions and formed something different from the religion preached in the Levant by early Church fathers. Rudvere's work is incredible. She deals with material that is over 1,000 years old from the Scandanavian cultures.
Part 3 of the book, 'The Medieval Church and State on Superstition, Magic, and Witchcraft From Augustine to the Sixteenth Century' by Edward Peters of the University of Pennsylvania takes the reader up to the end of the Middle Ages in Europe when the Malleus Maleficarum was published in 1487. To their credit, many Roman Catholic leaders and clergy thought the Malleus Maleficarum was "over the top" and the work of a crackpot. Sadly, interest in the book was renewed during the Protestant Reformation when "Christians" used the book to "purify the church" -- the period to be covered by the "Witch Trials" mentioned above.
Peters essay attempts to explain why persecution of "witches" and "heretics" evolved after the 12th Century. Certainly a renewed interest in the writings of the Romans, Greeks, and Egyptians and the emergence of groups like the Cathars and Waldensians stirred the pot. However, Peters suggests the real reason persecution took such a decidely evil turn had to do with politics and land grabs. A handy way to rid yourself of someone you envied or whose goods you coveted was to accuse them of witchcraft. The clergy became involved because they felt a need to root out the devil, but sometimes they were connected to greedy princes who needed churchly approval.
As has been the case with the other books in the serieis, all the essays in this book are informative. If you have an interest in the topic of Wicca, witchcraft, or paganism and want to learn more about what probably happened in the Middle Ages in Western Europe, read the book.