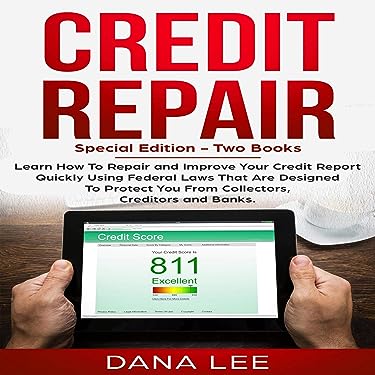 Credit Repair: Special Edition - Two Books: Learn How to Repair and Improve Your Credit Report Quickly Using Federal Laws That Are Designed to Protect You from Collectors, Credit Bureaus and Banks

I purchased two self help, “credit repair” books and this particular publication was by far the better of the two. The material is easy to follow, step-by-step tutorial on how to do the necessary work to repair bad credit. It provides detailed templates on the letters you MUST write to individual agencies. 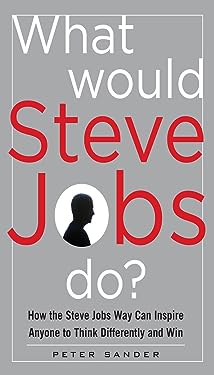 What Would Steve Jobs Do? How the Steve Jobs Way Can Inspire Anyone to Think Differently and Win

I recently read this book and What Would Drucker Do Now?, written by Rick Wartzman and also published by McGraw-Hill. Initially, I suspected that both were (or will become) part of a "What Would X Do?" series that might also include Sun Tzu, Socrates, Machiavelli, and Von Clauswitz or, within the domain of business, Henry Ford, Albert Sloan, one or both of the Thomas Watsons, and Walt Disney. It turns out, the two "What Would" books share little in common, except for the quality of their content and of their authors' presentation of it.

Peter Sander devotes the first two chapters of his book to essential background information about Steve Jobs and Apple, then explores the meaning and significance of the book's title in several different ways. Here are two. First, what he characterizes as "The Steve Jobs Leadership Model" in Chapter 3, one that consists of six "steps" or elements. He also includes a suggestion by Jean-Louis Gassée, former Apple VP: "Democracies don't make great products - you need a competent tyrant." Jobs was certainly both and that is hardly a head-snapping revelation. The historical details of the model have been known for decades. The same competent tyrant who visited Xerox PARC with Steve Wozniak in 1979 also introduced a series of "insanely great" Apple products 25-30 years later. For better or worse, Jobs really was literally "one of a kind."

Hence the importance of Sander's second approach: A series of "What Would Steve Jobs Do?" sections at the conclusion of Chapters 4-9 in which he suggests lessons to be learned from Jobs in six subject areas: Customer (Page 103), Vision (124-125), Culture (153-154), Product (171-172), Message (190-191), and Brand (205-206). Almost anyone who reads this book can follow the advice provided (e.g. "Thank about customer pain and what causes it") but few - if any - can do so in ways and to the extent Steve Jobs could...and did. Most of the admonitions will serve as reminders rather than as revelations. Fair enough.

For those who wish to know more about Steve Jobs, there is no shortage of other sources, notably Walter Isaacson's biography. I also highly recommend Adam Lashinsky's Inside Apple and Leander Kahney's Inside Steve's Brain. 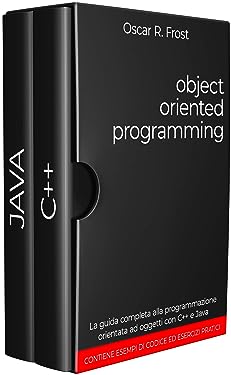 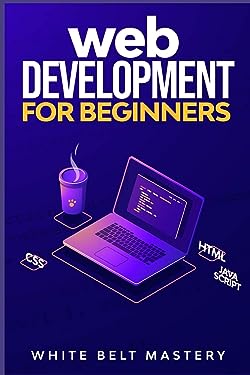 internet improvement for beginners that is a actually true e book on these net technology. range has got lots more potent in recent years and there may be less waffle and extra technical info - you do not want to examine 3 pages to discover a simple command. however this extent information those technology very well and covers the whole thing essential in clean and readable sections. rather recommended. 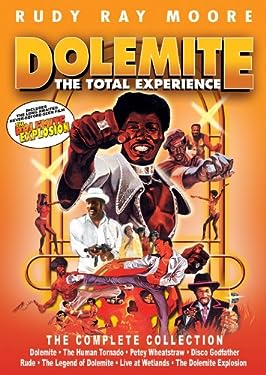 This box set alone is worth the price because it's the ONLY place you can get Moore's last film "Dolemite Explosion" aka "The Return of Dolemite"! A kick A** film that had it been truly been given its due would now be a classic! You also get the original Dolemite flick! Plus all other Moore's films except for "Monkey Hustle".
Rudy Ray Moore is the Godfather of rap! 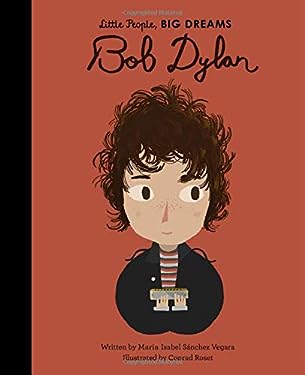 New in the Little People, Big Dreams series, discover the incredible life of Bob Dylan. As anyone who reads my reviews knows, I love this series and gobble up each new book as they are published. Bob Dylan was born Robert Zimmerman. As a child, he loved music above all else. He was not always appreciated for his voice as a child. As he got older he began to compose his own songs under his new name, Bob Dylan. His songs were about real things, events, civil rights and war. He was well received with his new folk music. Many other famous artists recorded his music and it got the audience it deserved. Bob did not mind others singing and recording his songs. His writing was so poetic that he was the first musician ever to win the Nobel Prize for Literature. I love the timelines that appear at the end of each of these books. There are also other resources that can be searched out for further study. This book could be used to teach young children how to write a biography, show that it is important to have a dream and strive to achieve it as well as to introduce one of the greatest authors of our time to a new generation. A good book for a school, class, or public library. The publisher generously provided me with a copy of this book to read via netgalley. The rating, opinions and ideas stated are my own. 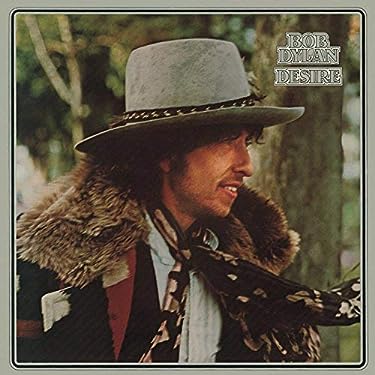 There isn’t anything about it that I don’t like. It’s a classic. It makes me feel young again. Wonderful music played and sung by one of the best!! 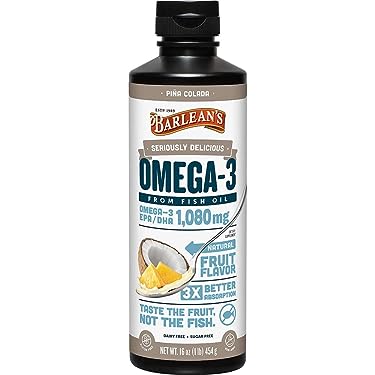 I have used this and the mango flavour for the last year. I certainly prefer the taste of the mango as I can still taste the fish through this flavour but this is obviously a personal thing. There are several things I do not like however. We found these flavours far too sweet, they use Xylitol in the product which is an artificial sweetener although one of the better ones.Unfortunately the price of this has also gone through the roof with most suppliers and in my view is now greatly over priced as you can obtain other high quality oils in capsule form which match this. 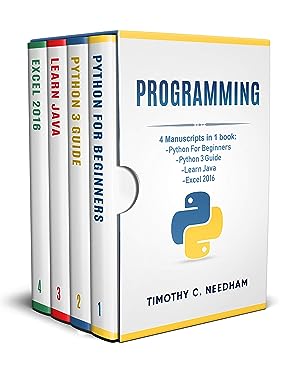 I have no idea if the physical version is any different, but the Kindle edition of this set is a mess. There are constant spelling and grammar errors that are highly distracting and detract from the credibility of the author and add a very amateurish feel overall. Some quick examples just from the first few chapters include the author not being able to decide whether "Python" should be capitalized or not (he constantly switches back and forth), Windows being spelled as "widows", and using "Window's" as the possessive form of "Windows". The most obnoxious thing about this book, however, is that there is literally a full-page advertisement for the Audible version after EVERY CHAPTER.

As for the actual subject matter - it's not much better. I am a complete beginner to Python and the author frequently uses terms that a beginner would not know, and will gloss completely over things that would be confusing to a beginner without further explanation. At one point near the beginning, he completely glosses over multiple topics in the span of a few pages and then declares that I "should be able to complete several projects at this point".

I have owned various Kindle devices for over a decade now, and this is by FAR the most amateurish work that I've ever seen masquerading as some kind of professional production. I picked it up for free, and I still feel like I was ripped off. Save your time and skip this one, and definitely don't spend any kind of money for it. 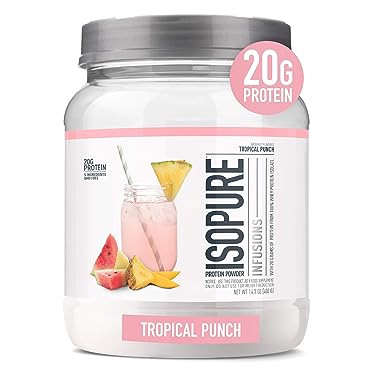 I love Isopure as a protein workout supplement, usually opting for the Isopure Vanilla or plain powder in a small glass of water (6 ounces of room-temp water, stir rapidly with a fork, drink fast) or in a smoothie. The protein powder and water can be tough to drink every day, so I was thrilled when I found the fruity flavors. Had to give them a try. Here's the result:

Best: Pre-Made Protein Waters in Your Fridge
For some reason, these flavors take forever to dissolve in water. However, the fruity powders are fantastic for pre-made protein waters. My recommendation is to fill a water bottle with 16-20 ounces (a full scoop will dissolve in 8-10 ounces - but the taste is very tart) of room temperature water (mixes faster than cold water). Add a full scoop of the fruity powder and shake vigorously. You'll end up with lots of foam and powder residue at the top of the bottle. Pop the water bottle in the fridge for 4+ hours. That's about how long it takes to fully dissolve and the flavor is better when cold. The result is a fantastic fruity protein water.

I like to make 4 bottles at a time and stock the fridge. Then, I can grab one to take to a workout or in the car on the way to work. The pre-made protein waters are really good and you get the benefit of lots of water and the 20 grams of protein. See the picture for a drink left in the fridge for 4 hours. The powder completely dissolves and the flavor is perfect. I've started to crave the flavor on days I don't workout.

Okay: In a Shake
The classic vanilla/choc/plain flavors dissolve easily in a small amount of water or milk. In shakes, I typically use 1/2 cup to 1 cup of liquid, which is fine for the classic flavors. For the fruity flavors, it's hard to get them to dissolve fully in a shake. The flavors are good - especially in berry shakes with greens - but there is always some powder residue in the shake. You can also premix the powder and liquid and leave overnight for use in the morning for a better shake. Makes drinking spinach or kale in a smoothie much tastier.

Not Great: Drinking Straight in a Glass of Water
Seriously, this stuff takes a LONG time to dissolve. The fruity powders are not meant for a quick mix in a glass of water. Stick to the classic flavors if this is your plan.